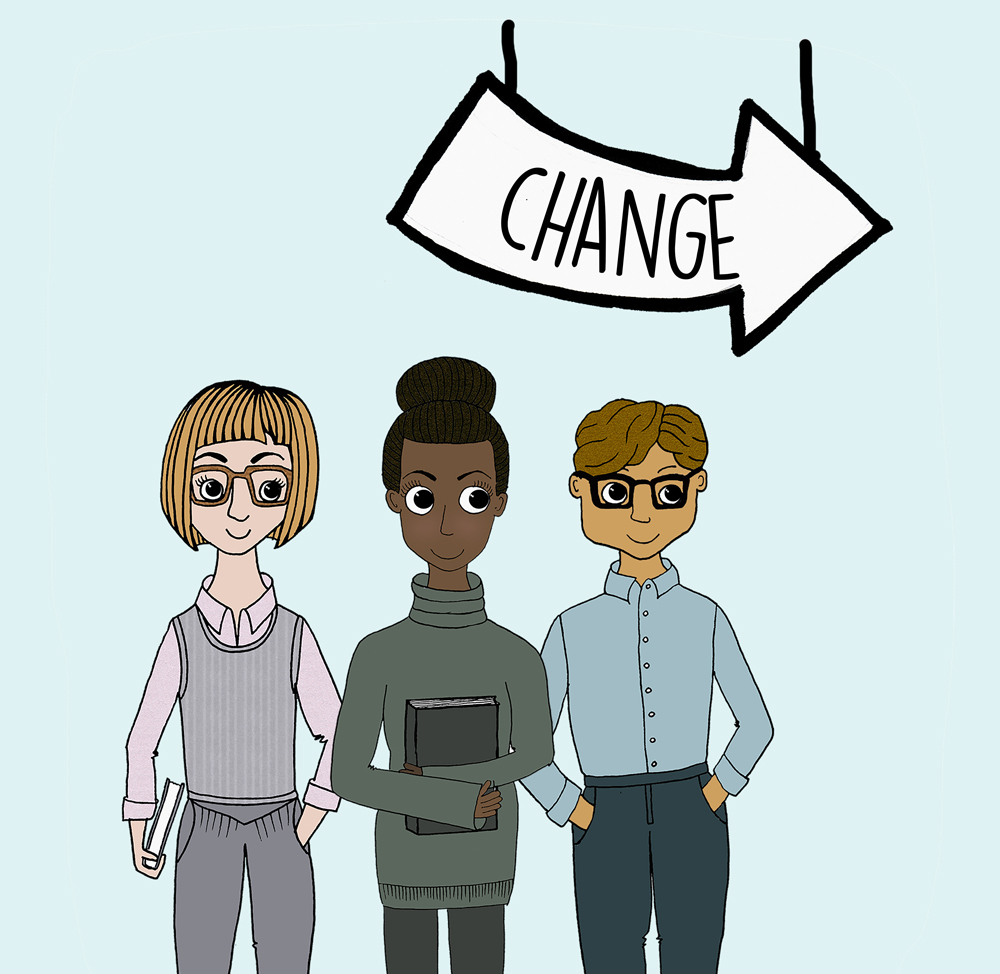 If you have a story or anecdote or case study that has been inspired by ‘When The Adults Change’ please email us at Hello@WhenTheAdultsChange.com and we will share it far and wide. 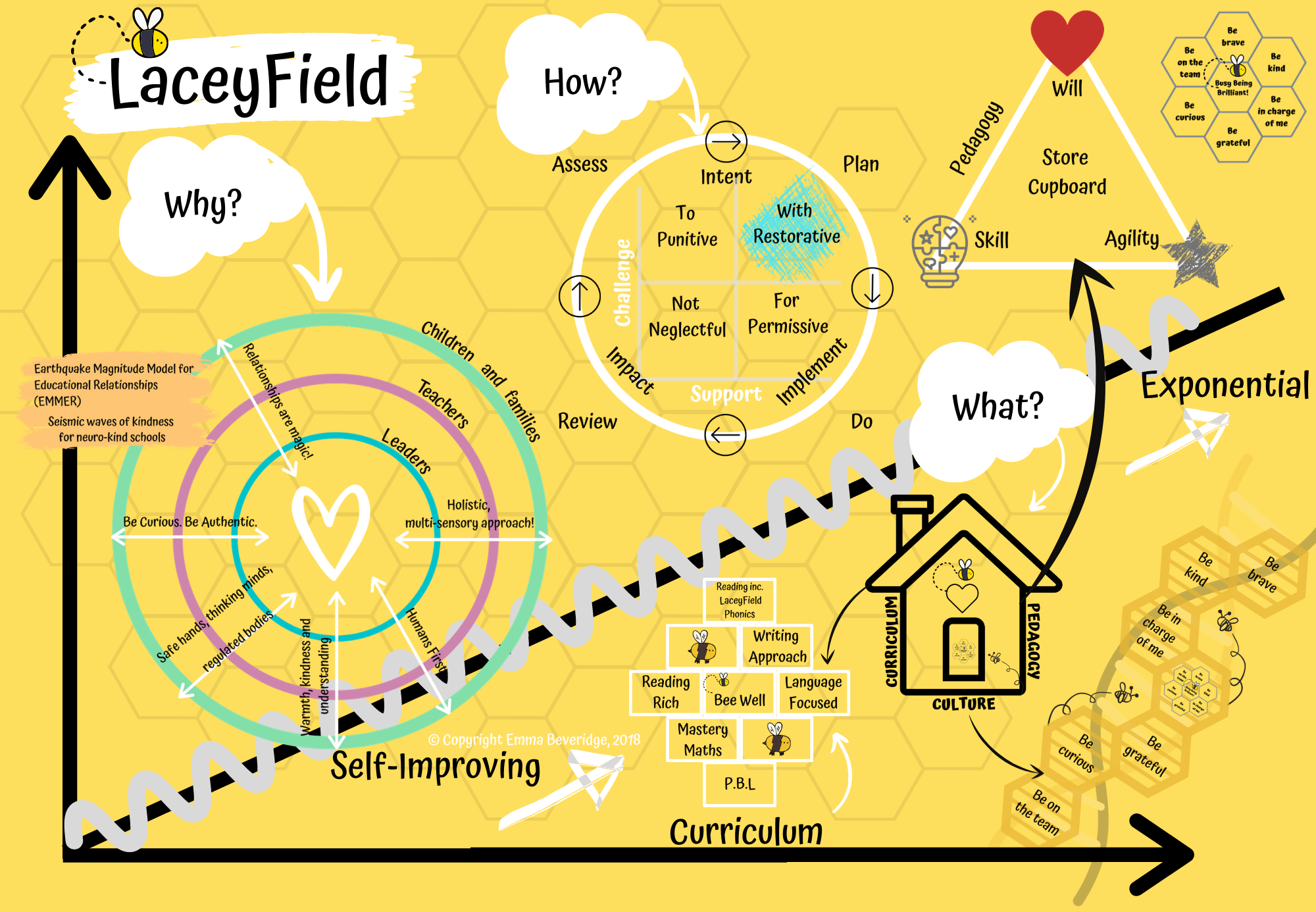 Soon after introducing the new approach the school was inspected by Ofsted. They rated behaviour and attitudes as Good and personal development as OUTSTANDING.

“Adults have consistently high expectations of pupils’ behaviour. Most pupils behave well in and out of class. They are very polite. Pupils understand that they actions affect others. They learn the importance of treating each other fairly. Adults treat pupils fairly and explain what they expect of them. Pupils are respectful and listen carefully because they want to learn.”

The data speaks for itself. Peter Overton, Headteacher reports that exclusions have reduced significantly, the number of children needing to use the calm room has decreased and children are learning to self regulate; taking less time to calm down.

The children recognise the changes and love the Recognition Boards. They are relieved that the old red card system has gone as it was a source of fear and worry. Some commented on the old system that “It doesn’t help when teachers yell or move your name down”. One said “I always get a chance to make it better, not like in my old school where I was doomed forever.”

“After one term of the new behaviour approach children at Easton CE Academy are less likely to be excluded and are beginning to learn to self-regulate their emotions. When The Adults Change Everything Changes provides the perfect scaffolding for vulnerable learners and fits well with the school’s previous work on attachment awareness. Removing the complicated system has transformed the school’s culture, now children report that they are ‘not scared’ anymore.”

Easton Academy sits in an incredibly diverse community. It is a fabulous school buzzing with energy. Walking out onto the playground there are big groups of children dancing in sync with a video screen, scooters whizzing past, balls flying and children on pogo sticks looking awfully pleased with themselves as children on pogo sticks always do.

Walking into the renamed ‘Calm Room’ with the head teacher alongside I was immediately struck by gentle breezy music, fairy lights and fluffy carpet. Someone had clearly gone to a lot of effort to make the space feel safe. I was introduced to a teacher ready to receive children who were stepping over boundaries in class. The teacher in charge of the room explained a recent conversion to restorative practice after 22 years of teaching: ‘I read your book, everything changed in September’, she explained. ‘Now we are able to get children calm, ready and returned to classroom learning in less than 30 minutes. Before they were held in this room for hours.’ That the room was empty and it was almost lunchtime spoke volumes, but not nearly as much as the tracking data she showed me that demonstrated the positive impact on the children. This was another room that had a chequered history. It was formerly a place where children were placed as punishment, staring at walls while too upset to do the work in front of them. Now she explained it was about getting them back to learning, making them feel safe enough to talk and not catastrophizing the behaviour so that it poisoned the day.

As we chatted I realised just how much this meant to her. Her way of working had completely changed and like most of us who discover we have been doing stuff the wrong way for years her words were charged with a hint of regret. When you meet teachers who are late converts they always wish they had converted sooner. In that response it was clear that the new culture and approach to behaviour was embedded. The language was forever changed and the direction of travel set.”

Extract from ‘After The Adults Change: Achievable Behaviour Nirvana’ by Paul Dix

We use cookies on our website to give you the most relevant experience by remembering your preferences and repeat visits. By clicking “Accept”, you consent to the use of ALL the cookies.
READ MOREACCEPT
Manage consent

This website uses cookies to improve your experience while you navigate through the website. Out of these, the cookies that are categorized as necessary are stored on your browser as they are essential for the working of basic functionalities of the website. We also use third-party cookies that help us analyze and understand how you use this website. These cookies will be stored in your browser only with your consent. You also have the option to opt-out of these cookies. But opting out of some of these cookies may affect your browsing experience.
Necessary Always Enabled
Necessary cookies are absolutely essential for the website to function properly. This category only includes cookies that ensures basic functionalities and security features of the website. These cookies do not store any personal information.
Non-necessary
Any cookies that may not be particularly necessary for the website to function and is used specifically to collect user personal data via analytics, ads, other embedded contents are termed as non-necessary cookies. It is mandatory to procure user consent prior to running these cookies on your website.
SAVE & ACCEPT